Perhaps you are slightly tempted by the thought of a having a new born in your midst again. Let’s face it, they are absolutely gorgeous. Or maybe there is just a slight twinge in the ovarian department that tugs at the strings of your heart and makes your mind pause and wonder for a fleeting second, if you’d like to have another one. Or perhaps you are sailing and steering the mother ship through the chaotic and sometimes choppy waters of motherhood and are thinking of getting a glimpse into a fellow Mom’s boat.

The reason you happened to stroll, stumble or tumble past this blog post is irrelevant. You are here, and that is all that matters. You, me, this post and this moment of time. I hope you shall stick around till the end and I’d hopefully get to hear you’re end of the story too.

Starting at the very onset, let me say that we had, or I would like to think that we had pretty much decided that two children it would be for us. Not to mention, my second precipitous labor had pretty much left me scarred to think along those lines again. But as 2 started to grow and those scary memories started to somewhat recede into the background my heart, mind and not to mention my ovaries started tentatively toying with the idea of having a third.

With the passage of time these feelings and yearnings gathered a stronger foothold rather than slowly ebbing away. A few years down the line, I did not want to look down at that empty chair at the family table wondering what if we had, had another.

Suffices to say number 3 was on his way a short time later. And though I cannot say our family was incomplete before, I can confidently declare that he has brought a completeness and wholeness to the mix in ways I had never felt, thought or envisaged  before.

So how is life with our trio:

I have had varying responses to my third pregnancy that have ranged from effusive and heartfelt congratulations to the shocking ‘Oh my God! What were you thinking of!’. I’ve learnt to take all of that within my stride sometimes with a smile and sometimes with a scowl.

With my third people seemed to have assumed the right to pose blatant questions that ranged from querying if it was a ‘mistake’ to a passing reference of asking if my husband and I were planning on having our very own home grown football team.

Well, since none of them held any remote possibility of ever being my gynecologist I was quite categorical in my declaration that we weren’t going to advertise our family planning measures.

Despite an innate and strong desire to shut them up for good, social etiquette and behavioral norms prevailed. They lived, and I got number 3. I’d like to believe we’ve gotten the better deal.

With 1 and 2 already present 3 was my fastest pregnancy. Well, technically speaking it still took the entire 40 weeks, but between looking after the other two and revisiting the toilet on numerous occasions the time just seemed to have flown by!

Let’s face it, there is a tendency to lower the impeccable standards we set for ourselves with each additional child. With the first, we’re all set to trace organic fresh food from the farms, mineral water from mountain tops and music from the harps of angels.

By the time the second one rolls out, you’ve realized that an occasional cartoon and sugar candy will not cause an apocalypse to descend.

By the time the third one comes into the scene, its more of a fait accompli. You accept that McDonald’s chicken nuggets are a perfectly acceptable source of protein and ice-cream does count as dairy.

You stop looking for that bolt of lightning to strike you each time one of the kids violate the five second rule!

3. You will quickly learn to prioritize:

With two kids you are relatively overwhelmed and with three the pendulum rapidly swings into the realm of being ‘out numbered’. Given the fact, that science is yet to discover the secrets to teleportation and you physically can’t be at three different places at the same time, as a parent of three kids you quickly learn to prioritize.

You also humbly accept that someone will be hurt, upset, whining or grumpy. Come to think of it when all three call at exactly the same time, by some divine providence you also learn to discern which voice can be attended to five minutes later and which requires you to sprint at your fastest to avoid a catastrophe!

4. A new found penchant for recycling:

With my first, everything was color matched and coordinated. The sole and honest answer for that occurrence is because I wasn’t distracted by another crawling, drooling, pooping and talking human.

By the time number 2 arrived, I realized that some gender-neutral singlets and pants worn by my oldest were perfectly acceptable. And because, number 3 was a boy, I found myself using a lot of the clothes I’d bought for 2.

That was not to say that in some way I deprived my boys of good clothes or that they roamed the streets in tatters and soiled bottoms. Having three just made me a tad bit more practical.

As parents we all choose our favorite names for our kids whether they be number 1, 2, 3 or more. But in hindsight I’ve come to realize that our efforts in naming have proven to be quite futile and in vain

One any given day our trio have their own names for one another. So instead of our carefully and painstakingly selected names, they go by ‘Whiney’, ‘Meanie’ and ‘Grumpy’ depending on how their day has been!

6. You shall ‘only’ meet your salary before hurriedly bidding each other ‘goodbye’:

With three children, their various demands, extra curricular activities and a never ending demand for incessant snack flow means that in relatively no time the bills start to add up. And you see your salary only once – the day it comes in. In a matter of minutes after its arrival it departs from our vision never to return.

I’ve seen these fabulously awesome family pictures on magazine covers where everyone seems to be smiling at the same time and I’ve wondered how the hell they managed to get that herculean feat done.

At ours, we’ve got one looking east the other west while the third pulls a funny face. On the positive side, though, we’ve got a ton of these crazy pictures to showcase at their weddings!

I remember a time that now seems to be part of a different life when I could attribute the phrase ‘mine’ to something and not offend fellow human beings.

With three kids, popping in and out of your stuff everything takes on a communal tone. And that is not limited to your material possessions alone. Think along the lines of either having your own private and eager to help audience within the confines of the four wall of the bathroom or an angry mob outside your bathroom rattling off questions and asking when you’ll come out!

9.  The discovery of new sleeping positions:

We’ve actually forgotten things like, sleeping on your back, on your side or on your stomach. We’re busy mastering the art of sleeping while having someone’s leg lying right on top of you so much so that a smelly foot is in precarious distance to your nose whilst your arm is pinned numb under someone’s butt.

10. You’ve already got a homemade playgroup:

A plus side of having three kids is that you’ve already got 1 and 2 to the mix. Mix them all together and you have the perfect playgroup and entertainment on hand. Well, at least until someone wants to do something that the other two don’t want to!

For an introverted Mom like me, this has been god sent!

There is a five-year gap between our oldest and second one. I won’t bore you with the details of how the gap came to be, but one thing was for sure – I was paralyzed with fear and guilt of whether we would be able to love our second one as much. Our lives had after all revolved around our oldest for five years.

But the minute, I held my second one in my arms, I knew the heart doesn’t divide love, it simply multiplies. And the same happened when our youngest arrived. The love just kept multiplying.

Without an iota of doubt, I can say that having my third has made me a more relaxed parent. And, I’ve realized that I can take things at my own pace and on my own terms. He’s brought a wholeness to our family. But crazy, chaotic or neurotic whatever way in which you might choose to define my little motley crew, I love them to bits. I just wouldn’t have it any other way.

The mess, the noise, the slamming of doors, the call-outs and the bounding on the stairs may have grown three-fold. But so, has the love. If there are more tears, then there are also more arms to hug and more cuddles to give and get. This boisterous, loud and warm household is exactly what I wanted.

And don’t get me wrong, there are days when exhaustion gets to the bone breaking level and you yearn for some peace and quiet. But the crazy speed at which they are all growing up I know at times I want to freeze time so bad that my heart almost aches.

And I’ll take the mess, the noise and the loud calls for ‘Mom’ over a silent house any day!

2 thoughts on “Having three kids!”

This site uses Akismet to reduce spam. Learn how your comment data is processed.

My Tweets
Follow Marching to the Mom Beat! on WordPress.com

Marching to the Mom Beat gets the Sunshine Blogger Award! 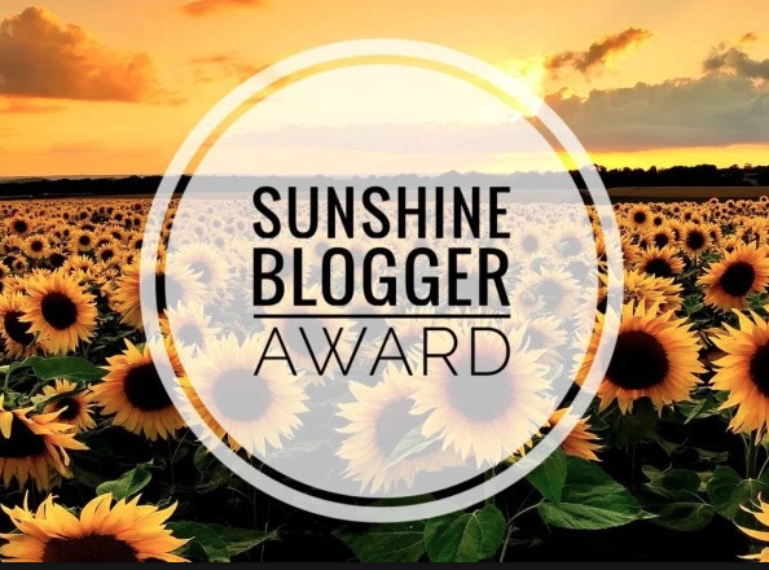